Jason Day and his Caddy

So Day finally delivers on his massive potential landing the US PGA in an exhibition of power hitting. He has promised much up to now so it was great seeing him finally being able to deliver. The tears said it all on the 18th green.

And it was great to see him embrace his caddy, mentor and friend Colin Swatton when the final putt went in. That relationship has been a solid long standing partnership stemming back to Day when he was but a boy at 12 years of age. So as well as coach and bag carrier, Swatton also provides a father-like figure to Day, whose own father passed away from cancer.

I guess it is difficult to assess the role Swatton plays in Day's success. After all it is Day hitting the shots. Swatton was a pro too back in the day and he didn't deliver success on the course. But he spotted Day at an early age and was able to mentor, guide and coach his prodigy all the way through.

It seems the bag carrier's role can be a complex one. In Day's case it is wonderfully complex! 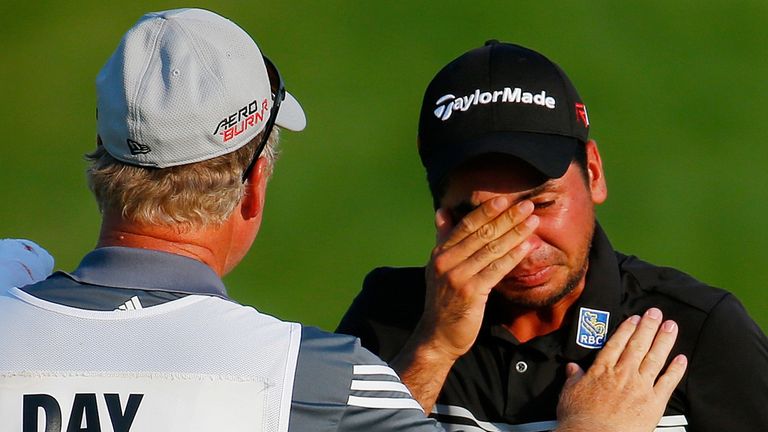